from Tape From Minnesota by Bob Frey 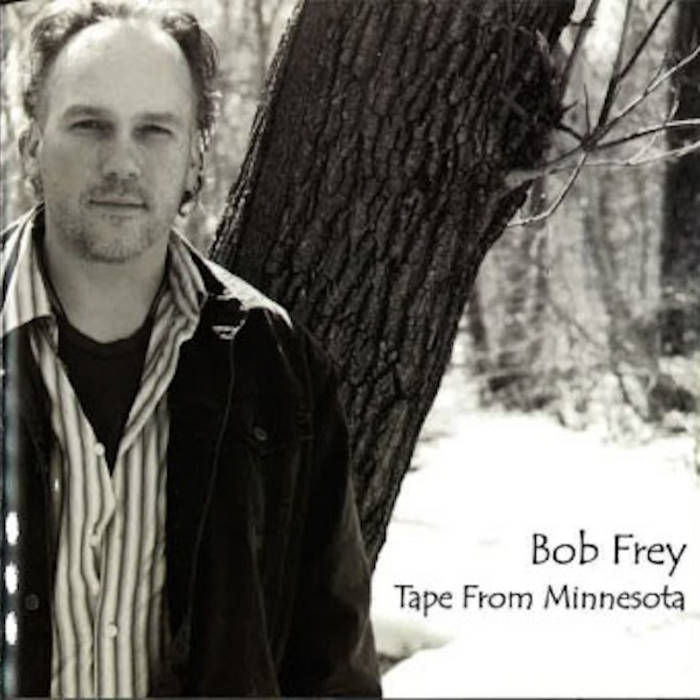 I grew up in Ohio, on the shores of a Great Lake
In a city name of Cleveland, some people called it a mistake
But, me, I never thought that, no, I never understood
I loved the city, I loved its teams, it didn't matter if they were good

In baseball we had the Indians, they almost always finished last
They'd contended in the Fifties, but that seemed so far in the past
The Cavaliers played basketball, though, most often, not so well
Team's owner was so terrible, the league stepped in and made him sell it
It was unprecedented...

Yeah, Cleveland had its basketball, it had its baseball, too
But, it loved its football team the most, and me, I loved 'em, too
The heartbeat of the City, they were called the Cleveland Browns
I cannot impress what that team meant to a struggling old steel town
Remember Jimmy Brown?

The Browns they had a glorious past, just like the town itself
From Lou the toe to Otto Graham to old Paul Brown himself
When the city fell upon hard times in the 1970s
They reminded us of what we'd been and what we still could be

(CHORUS)
I grew up a Cleveland fan and it's what I'll always be
I learned to love the underdog and I learned about loyalty
Cleveland fans, they understand it's more than just a game
Of all those losses none was worse than Red-Right 88

My folks had season tickets, but they only had a pair
I'd ride in on Daddy's shoulders, the ushers never cared
When I got too big to ride Mom let me take her seat
Then my brother rode on Daddy's back, it was Jimmy, Dad, and me
Just two seats to hold us three

The Browns were not that great then, but they always came to play
These are my fondest memories, all those Cleveland football days
In that big old stadium, there'd be 80,00 there
Row M of Section 29 and magic in the air
Nothing can compare

In the Fall of 1980, they were looking pretty good
I turned 14 that October and I read everything I could
About that Cleveland football team and a quarterback named Sipe
Though it seemed impossible, the playoffs were in sight
I started thinking, "Hey, they just might..."

They beat the hated Steelers, they beat the Bengals twice
Though they lost to Denver, they put up quite a fight
I watched 'em beat the Packers on a final second pass
Brian Sipe to ol' Dave Logan, we went crazy in the stands
Me and Mom and all those fans

I cannot describe that season, no, you wouldn't believe those games
All those final second victories, they earned the team a name
The Kardiac Kids we called 'em, and it seemed that they were blessed
They finished with 11 wins, that year the Central's best
That year Cleveland was the best
That year we were the best

The Browns had made the playoffs, they were division champs
They had homefield advantage and it seemed they had a chance
To make it to the Super Bowl, to make our city proud
The Browns were knocking at the door, and they were knocking loud
I still get excited now

On a January morning, in 1981
Dad and I, we rode the train, a father and a son
We walked down to the stadium to watch that playoff game
The Browns against the Raiders, and it was bitter cold that day
The wind came swirling off the lake

I mean it, it was bitter cold, but the players had to play
Missed kicks and interceptions, it was quite an ugly game
Neither team could pull away, the score was always tight
But, they'd won these kind of games all year and I thought they'd be alright
'Least, I hoped they'd be alright...

At the end of three full quarters, Cleveland had the lead
The score was 12 to 7, and we were freezing in our seats
When Oakland scored a touchdown to go ahead by two
Then, we fumbled on our 25, looked like the Browns were through
I bet Oakland thought so, too

But, the Browns still had some magic left, you better bet that we believed
We stopped 'em on a fourth and 1 inside our own 15
When the offense got the ball back with two minutes left to play
It seemed like it was scripted, like it had to be this way
The whole season had been this way...

We were waiting on a miracle, and it seemed like it might come
As the Browns began to drive the field in that frozen stadium
They made it to the Oakland 12, they were in field goal range
Run it once, then kick the ball, and put the game away
But, that's when things got strange

They'd already missed kicks that day, they didn't wan to try again
'Least not if they didn't have to 'cause there were other ways to win
As they huddled on the sidelines, we huddled in the stands
Coach Rutigliano, he came up with a plan
He was known as "Gamblin' Sam"

Sam, he told his quarterback, "Hey, here's what we're gonna do"
"The play is Red-Right 88, and I'll leave it up to you"
"Take one shot at the end zone, but only if it's safe"
"If you don't see someone open, then throw the ball away"
"Just throw it in the lake"

It felt like I was in a dream, as we sat there, Dad and me
The Browns were gonna win the game, it was too much to believe
'Cause if the Browns could get this victory, they'd be just one game away
From going to the Super Bowl, after all those years of waiting
All those years of keeping faith...

The teams both took the field, DeLeone, he snapped the ball
Sipe dropped back, looked right, then left, this is what he saw
Ozzie Newsome in the endzone, Ozzie Newsome with a step
Sipe cocked back and threw the ball, here's what happened next
You could probably guess...

The ball got caught up in the wind, Ozzie Newsome slipped
The defender reached him, saw the ball, and stepped in front of it
He made the interception, his teammates gathered round
The stadium fell silent, no one made a sound
Ozzie lay there on the ground...

We sat there stunned, in disbelief, if felt like it got colder
As we watched the players leave the field, I think I grew a little older
I learned that sometimes heroes fall, but heroes they remain
In defeat, there's honor to be found, there's honor and there's pain
It was so quiet on the train...

I remember Ozzie Newsome, I remember Brian Sipe
I remember Reggie Rucker, and the Pruitts- Greg and Mike
Clay Matthews and Thom Darden, Clarence Scott and Charlie Hall
The Kardiac Kids of 1980, I still love 'em all
Even Sam, despite that call

That game was 20 years ago, I've grown and moved away
My parents live in Michigan, my brother in L.A.
We all still love the Cleveland Browns, it's a lifelong loyalty
They still ain't made the Super Bowl, but that's okay with me
They will someday, you'll see...

from Tape From Minnesota, released May 1, 2004
Bob Frey - Guitar, Vocals