The King of 49th Street

from Nothing Hid by Bob Frey 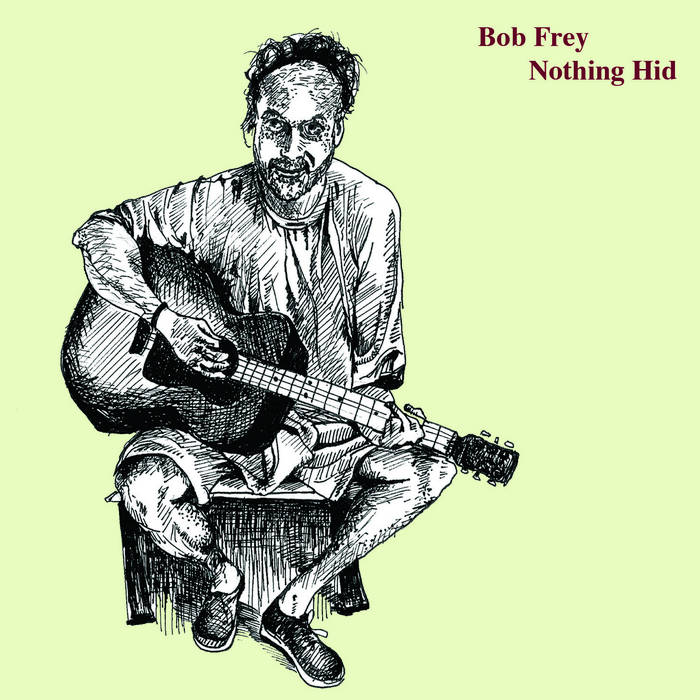 In the early days of me and you
We got a dog and we named him Louie
All of us were younger then
He was just 8 weeks old with all that wrinkled skin
You'd decided you'd move in with me
We'd get a dog, it'd be just us three
I remember many weekend mornings
At a coffee shop looking through the listings
We were looking for a Shar Pei pup
You know, the Chinese dogs, look so cute and funny
You said you'd always wanted one
They were hard to find but we sure had fun
We read a couple books, learned about the breed
'Bout their different coats and their maladies
We learned about their histories
Smuggled out from China sometime in the sixties
There wasn't room for dogs in the revolution
In the midst of all that persecution
Someone thought to save these dogs
Sent 'em out through Hong Kong 'fore they all were lost

We were on a hunt and one day we found
Just an hour out of town
The ad said "Shar Pei pups for sale"
So, we called the number and made our way
Out to the country and we found the place
We could see the big dogs through the gate
I said, "They kind of look ferocious"
You paused a second, then you shrugged your shoulders
You said, "All the puppies must be in the house"
Then the door flew open, and a man came out
He said, "Glad you made it, let me get the pups"
He disappeared a minute, then he came back up
They came rolling out in a joyous mess
There were little puppies every place we stepped
Cutest things we'd ever seen
They were nipping and yelping and rolling and peeing

We must've spent two hours with those dogs
Trying to find the one for us
The pups were tired, back in their beds
After all that playing could barely keep their heads up
From that litter of pups we'd pared it down to two
But, how to know which one to choose?
The little boy or the little girl
Falling fast asleep inside their little worlds
So, we called them gently one last time
One little puppy began to rise
That little boy mustered all his strength
And, though he looked so tired, he came back out to see us
Right then we knew he was the one
We signed the papers and brought him home
On your lap, the whole ride sitting
So proud and brave, just like he was a king
I'm not sure why we called him "Louie"
It just seemed to fit that little puppy
For his AKC registration name
We decided we'd call him "King Louie the Brave"

That first summer I can't forget
We took him with us every place we went
Every place we'd go, all the folks would stop
To say "hello" and play with that friendly pup
He was a rascal from the very start
A bandit with a giant heart
And though the breed can sometimes be aloof
He greeted everybody with a friendly "woof"
Right away we knew he was a special dog
He was smart and clever and quick and strong
As a little puppy he'd play the clown
He'd crawl up a hill and then he'd roll back down again and again...

He was with us when you married me
In the last days of the century
In a city park, he wore a black bow-tie
When we said our vows, he was by our side
I know some folks thought it was kind of funny
To include our dog in the ceremony
But, for us, it never was a question
As the old saying goes, he was our best friend

Two years later, we got another dog
A Great Dane named Napoleon
We thought that Louie might like a friend
He kind of did and he kind of didn't
He was used to being the only one
So, they'd fight a little bit, off and on
Though he was much smaller, he held his own
A noble king fighting for his throne

Then, in the year 2004
Our family grew a little more
On a February Monday morn
You gave to me a perfect son
We were a little nervous about the dogs
With a newborn baby in the house
I brought blankets from the hospital
To give the dogs a sniff of who was coming
But, as it went, we didn't need to worry
About Napoleon or Louie
We named our baby "Jonathan"
And they loved him like he was one of them

The years went by, he slowed down a touch
But, not so much that it worried us
He still looked slim, he still looked strong
Until one Fall morn, I noticed something wrong
I found a little lump inside his throat...

We lost him in the Wintertime
We could not save him for the tears we cried
We built a fire, and played my songs
On his favorite couch inside his favorite arms
We took it hard, did the best we could
I think it hurt much harder than we thought it would
He was the first thing that we did together
You know what I mean, though I could write it better
Somehow the love we shared for that little dog
It was like a picture of the two of us
Though I'm crying a little as I write this song
It's only 'cause I miss him, not because he's gone
Now, his ashes rest inside an urn
Your father sculpted out of wax and bronze
It's beautiful, fit for a king
But, it's just his body inside that thing
I promised I'd remember him
I promised him that I wouldn't forget
I promised him that I'd write this song
So, here it is...